With Help from Akutagawa and Peseschkian 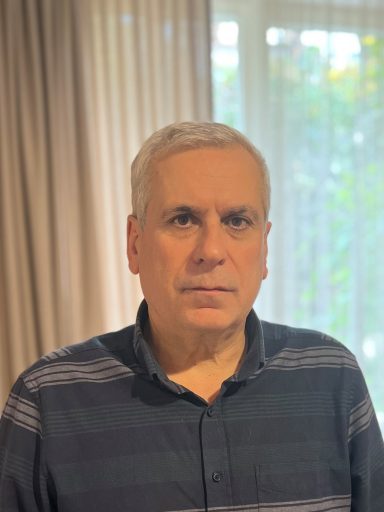 Presumably, all psychologists or psychotherapists can name the most special and unforgettable moments they have experienced at work. I would like to share one of such experiences – an episode from my session with a former client who kindly permitted me to tell about it.

When that person, a man aged 27 or 28, came to my office for consultation, the first thing I noticed about him was his eyes, whose sadness moved me deeply.

As the man told me himself, he had low self-esteem and no hope of ever being happy.

We started therapy and during one session, I suddenly recalled “The Saint”, a story by Ryunosuke Akutagawa, and told it to my client.

That is a story about a Japanese peasant Honske, who sought a job that would help him become a saint. When he revealed his wish to a servant recruiter, the latter was so confused that he asked the strange client to wait one day, as he needed time to find him the right job.

The puzzled recruiter turned to a healer living next door. The astounded healer stared at the tall pine tree in his garden and could not say a word.

However, the healer’s cunning wife, who had overheard the conversation, calmed the neighbor down, assuring him that if the man seeking sainthood worked for her family for a while, she would teach him how to become a saint.

Glad to hear that, the recruiter came back to the healer next day, accompanied by Honske. The sly woman promised the peasant to help him that if he agreed to serve them for twenty years – she would teach him how to become a saint on the last day of his service. The gullible peasant eagerly accepted the agreement and started his new job at once.

After twenty years, Hoske, dressed in his best clothes, asked his employers to keep their promise and share with him the secret of being a saint, which meant that he would become immortal.

Hearing that, the healer was too ashamed to face the man and turned his back to him, but unlike him, the woman seemed quite confident. She told Honske he had to perform several tasks without a word, but if he failed to perform even one, he would have to work for another twenty years.

At first, she asked him to climb the pine tree, then to get to its top, which the servant did diligently. After that, the woman asked Honske to get his left hand, and then his right hand off the treetop. That task was practically impossible to fulfill, and the master was quite worried, but his wife did not even blink.

After removing the other hand from the tree top, Honske’s body was torn away from the treetop; yet it did not fall to the ground, but miraculously, hung in the sky like a puppet. Soon Honske bowed to his master and mistress to show his gratitude and made a step in the sky. The man made more and more steps until he disappeared into clouds.

Hearing this story made my client’s eyes sparkle. For me, this was like Heaven smiling down to the earth – a physical demonstration of the power of positive psychotherapy.